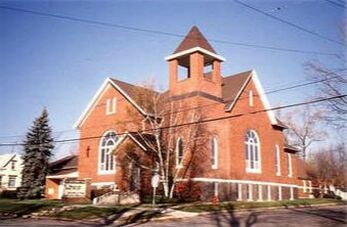 Who We Are
Founded in 1865, the Ithaca United Methodist Church is well-rooted in the small farm community in the middle of Gratiot County, Michigan.  The  beautiful steepled red brick building has stood as a prominent figure on Center Street since 1870, welcoming attendants into a warm atmosphere decorated with reverent paintings and colorful stained-glass windows.  Many generations of members have cheerfully greeted visitors into God's house with "open hearts, open minds, and open doors".

Over the decades, the style of worship and focus of the ministries and missions of the church have shifted as the demographics of its members have changed.  From the youth to the elderly, sick to healthy, poor, wealthy, hungry, homeless, abandoned, and incarcerated, Ithaca UMC has been available to all who seek God.  One thing that remains the same is the love and salvation offered through God's son, Jesus Christ, whom we worship and serve in our everyday lives, not just on Sunday.

How We Got Here
The Christian Church was born in an upper room in Jerusalem as the disciples "continued steadfastly in prayer".  The Methodist Church grew out of a meeting for prayer and Bible study on Aldersgate Street in London.  Similarly, Gratiot County owes its early religious development to the prayers and influence of earnest believers among its early settlers.  The first Methodist Episcopal class in the county was formed by Dr. Elias Sower, a Methodist minister and a physician who settled east of Ithaca in 1854.  He began his ministry near North Star in 1855 and what was called the Gratiot Circuit in Methodism was formed by the Conference of 1856.

By 1865, the Circuit had expanded to St. Louis and Ithaca, resulting in permanent regular meetings associated with the Baptist and Presbyterian Churches.  The first Methodist Church building in Gratiot County was constructed in Ithaca in 1870.  Located at its current site, the original building was a 36' x 50' wooden structure that stood 22' high with a tower and bell.  It was heated by stoves with long pipes running around the room and a lumber yard in the rear.  Wood was usually donated and social occasions were held with men splitting the wood and women serving a dinner. 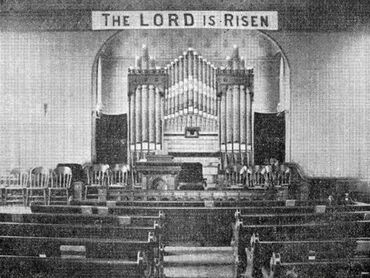 The first few decades of the church had been focused on growing membership and establishing a place of worship.  The present parking lot was purchased in 1893 and a pipe organ was acquired from the St. Johns Methodist Church in 1896.  Having outgrown the original facility, extensive alterations and additions were started in 1910 to transform the old wooden structure into one of the most modern brick churches in the entire central Michigan area.  A full basement was added to house Sunday School classrooms, an assembly room, kitchen, and furnace room.  Additional land was purchased to build a choir loft and what would eventually become the education wing.  Two years later, the work was complete and the congregation grew both in numbers and in strength.  By 1922, membership had grown to 423 disciples of Christ.
​
​Following World War II, the church nurtured a rapidly growing musical program and acquired a new pipe organ.  This demanded more structural amendments and the building was extended to the north, housing the organ, choir room, storage room, pulpit, lectern, and altar.  New pews were added and the sanctuary carpeted, creating an atmosphere of worship and consecration.  The old choir loft was transformed into a cry room for use by parents who felt the need to temporarily remove their small babies from the sanctuary during the worship service. 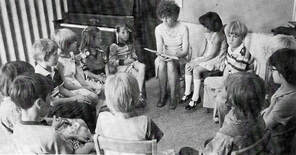 In 1960, the church expanded yet again, adding on a two-story education wing to the west.  The upper level provided a nursery and a series of classrooms for elementary school children while the lower level, complete with overhead lighting and adjustable room dividers, offered utility space for workshops, adult education, and future expansion.

The following years brought an emphasis to evangelism, the church choosing to support missionaries in Chile, Costa Rica, Mexico, and India, just to name a  few.  A men's group stepped into area prisons to reach out to inmates, developing lasting relationships and offering Christ's grace, mercy, forgiveness, and salvation.

With an insurgence of teen attendance, much attention was given to the youth, involving them in choirs, plays, and other aspects of Sunday's worship services.  Regular weekly youth groups kept teens connected to Christ, each other, and the wider community.  Mission trips offered opportunities for teens serve in a variety of different locales and discover how God can use them to impact the world.  A Friday night youth program called The Fortress was developed to invite not just the regular church attendees, but all area youth into a safe environment and ease them into Christian life. 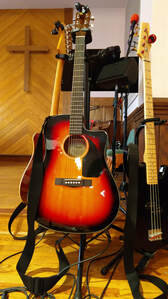 Adults embraced a similar camaraderie as formal Sunday morning Bible studies turned into intimate small groups meeting in homes throughout the week.  Studying the Word, praying for one another, and becoming involved in each other's lives, members have relied less upon the historic church building and developed a closeness among themselves as well as a desire for outreach in the community much like that of the first century Christians.

If the walls of the Ithaca United Methodist Church could speak, certainly many interesting tales could be told of meetings held, joys and sorrows shared, and pranks pulled by preachers' kids.  Many changes have been made over the years to the building, to programs, to plans, and to dreams.  But a loyalty to Christ and a deep fellowship among His followers have remained a treasure with the church's members who, time after time, ask how they may be God's hands and feet.  What is our goal?  How can we reach it?  How can we be one witness for God in our community?  Only God knows for sure where we'll go from here.